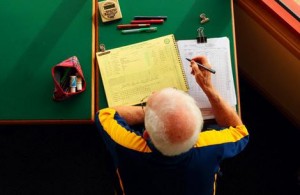 How does it all get worked out?

The basis of the table is that it takes into account each team’s current form, how well each team plays in a series – not just the overall score.

It takes into account whether a team is playing at home or away, who won the toss and the exact result of each match!

To gain from a series you have to win by a bigger margin (or lose by a lesser margin) than your (and your opponent’s) current standing suggests you will.

An example… 3 match series between Sri Lanka and England from Dec 2003 (Sri Lanka won 1-0, there were 2 draws)

Check out the FAQ to see why these figures were chosen and also to see how the ratings have developed over the years.